Architectural decisions and designs are built with investment and energy costs in mind. Evaluating all possibilities and reaching optimum results seems impossible within a limited time frame, but nowadays it is possible to reach convincing results with computational computer-aided design methods. This research aims at defining the optimum window-to-wall ratio and achieving the optimum wall thickness, at the same time identifying the ideal glass and insulation material from defined glass material and clusters of insulation material. So, the goal is to increase the percentage of between UDI 100lux-2000lux annually, while trying to reduce the total energy demand and investment costs as a function of the Net Present Value by mathematical calculation. The heating and cooling demands on the buildings correspond to 60% of the total energy expenditures. At this time when climate changes are starting to feel violently, they will not be able to be ignored and they are confronted as a rate to be reduced. There is a direct relationship between the wall thickness and the objective functions, and as the thickness increases, energy expenditure and a decrease in the percentage of artificial lighting demand, indicating the opposite relation between the objective functions and making the problem difficult to solve. There are many researches on wall thickness and lighting rate. The use of materials directly affects the costs of design and use. In order to avoid this, properties and usage costs of 13 different glass and 90 different insulating materials are included in the calculation. The energy model is built on the Grasshopper open code program, which offers algorithmic modeling. EnergyPlus (Crawley, 2001) based energy simulation and Radiance based light simulation will be realized through the same program. HypE genetic algorithm which works with the logic of evolutionary algorithms in order to reach optimum results, is repeated with different variable values for many generations. It was aimed to increase the UDI 100 lux - 2000 lux level while aiming to decrease the total energy (heating, cooling, lighting) expenditures for 10 years with 10% interest in the purpose functions by taking wall thickness, window wall ratio, glass and insulation material alternatives as variables variable during the last generations. The results suggest that the Pareto-front is not dominant in the HypE genetic algorithm, which makes intuitive optimization without degrading the local optimum. From these results, a program can be developed according to usage and tactics. In future researches, it is aimed that artificial neural network and intuitive optimization will be done by going even further and adding all the structural material alternatives to the account. 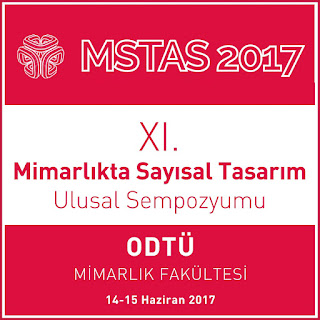